This past November two new translations of Crime and Punishment were published. Michael Katz’s translation came out with Liveright, a branch of W. W. Norton (link), with an introduction by Katz. Nicolas Pasternak Slater’s came out with Oxford University Press (link), edited and with an introduction by Sarah J. Young. In this series of posts, Bloggers Karamazov sits down with the translators to talk about the experience of translating Dostoevsky’s most famous novel.

BK: Why did you decide to translate Crime and Punishment? What speaks to you about this novel? 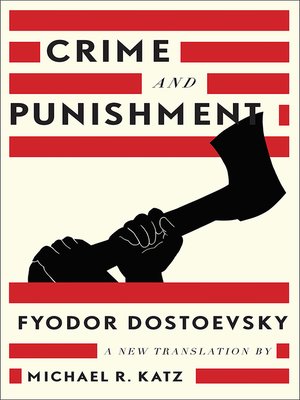 MK: Norton Publishers asked me to recommend a translator, since they intended to commission a new translation of C&P. I nominated myself, of course. They asked me to submit a proposal and a sample of my work. In particular, they asked that I address the weaknesses of Pevear and Volokhonsky’s version (1992); I did so and endeavored to demonstrate in my sample how my version would be an improvement on theirs.

The novel is first and foremost an engrossing detective story: not a “whodunnit?” but rather a “why he dunnit?” The search for a motive or motives for Raskolnikov’s crime is intriguing as three strong characters vie for the hero’s allegiance and/or love: the examining magistrate, Porfiry Petrovich; the humble prostitute, Sonya Marmeladova; and the mysterious stranger, Arkady Svidrigaylov. Dostoevsky asks all the right questions: the nature of man, the existence of God, the meaning of faith, the importance of love. Although I may not agree with all of his answers, I find his search for answers meaningful. 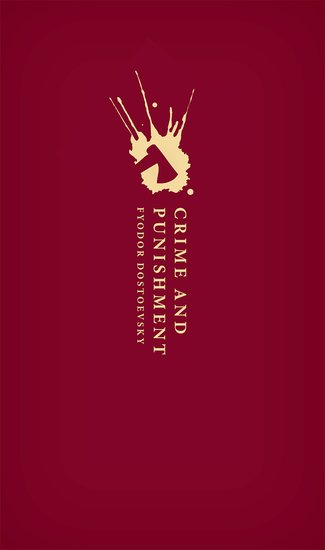 The first part of the question is more complicated. I translate because I am intrigued by style and language – and languages in the plural. Brought up bilingual, I found other languages (and the ways they work differently from English) a fascinating puzzle; I have collected languages the way other people collect stamps, and translated from several of them. The interest of carrying vocabulary and style across language barriers is what attracts me, and the way that this involves working both with the human element – ideas, stories, arguments, emotions – on the one hand, and the technicalities of vocabulary, syntax and style on the other. My formal training in Russian covered both aspects, first an advanced interpreter’s course in the British Navy, and then a degree in Russian literature at Oxford.  In line with this, my first job after graduating was with a language research unit, developing automated translation between Russian and English by computer (that was in the 1960s, when a computer was the size of a couple of rooms). All this was later echoed in my main career as a hospital doctor specializing in diseases of the blood: there was the human side, discussions and explanations with patients and their families, and the technical side, from physical examination of my patients to running their tests in the laboratory or looking down a microscope at their blood. After retirement I returned to my first love of translation, seeking a similar mix again.

One thing that speaks to me about the novel – apart from the kaleidoscope of strange characters and the piercing evocation of guilt and stress – is the vivid descriptions of the city and the way poor people lived. When my wife and I visited Petersburg ten or twelve years ago and did a sort of Crime and Punishment pilgrimage, visiting the places said to have inspired Dostoevsky, we passed a throng of destitute people by the roadside, trying to sell anything they had, from used bootlaces to a handful of plastic bags. It was a sad and startling sight; Dostoevsky knew that side of his city all too well.

NPS: The most difficult part of the novel to translate, but at the same time one of the most rewarding, is the dialogue. Almost all the characters in Crime and Punishment have an individual ‘voice’ which carries over from one episode to the next. I have tried to copy their distinctive voices as faithfully as I could, while making each character’s speech seem natural in English. At the same time, the colloquial speech, while sounding normal to the modern ear, must not be too colloquial – it would never do to have palpably twenty-first-century expressions intruding into this nineteenth-century novel. Yet nor does one want old-fashioned Victorian English. What the translator has to look for is a kind of neutral speech that sounds natural when spoken, without being too specifically redolent of England (or any other English-speaking nation, but I write as a British translator); one has to remember that the story is about Russia. – When Dostoevsky uses outspokenly lower-class or peasant expressions, it becomes even more difficult. Some translators have had recourse to Cockney (London) slang to render demotic Russian, and this sometimes works, though it can be treacherous. Regional provincial English is even more of a minefield, and best avoided I think.

MK: The hardest part to translate is the author’s dark sense of humor. It comes to the fore especially in the witty exchanges between Raskolnikov and Porfiry Petrovich. A good example is the entrance staged by Raskolnikov with his forced laughter at Razumikhin’s expense; Porfiry quickly grasps the trick and even comments on it. It is even more apparent in Dostoevsky’s novel Devils (1871-72), which I translated some years ago for Oxford World Classics. In that novel all political ideas were parodied as they were taken to the extreme, the result being that no character could really be taken seriously.

Translating Dostoevsky into English means living in his overwrought and emotional world for several hours a day. It is exhausting but exhilarating. 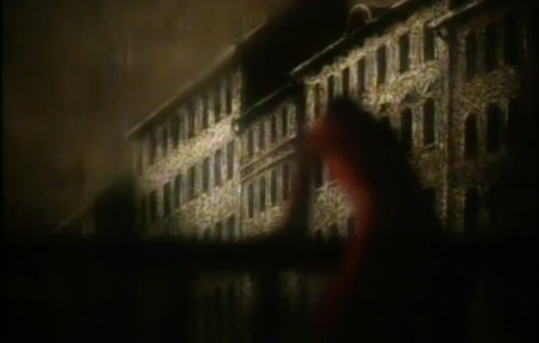 Michael Katz is the C. V. Starr Professor Emeritus of Russian and East European Studies at Middlebury College. His published research includes numerous articles and two books, The Literary Ballad in Early Nineteenth-Century Russian Literature (1976) and Dreams and the Unconscious in Nineteenth-Century Russian Literature (1984). A prolific translator, he has made a number of works available for English language readers, including prose by Tolstoy, Turgenev, Chernyshevsky, Herzen, Tur, Druzhinin, Artsybashev, Sleptsov, Jabotinsky, and others. His translations of Dostoevsky’s works include Notes from Underground (1989, 2nd ed. 2001), Devils (2010), and Crime and Punishment (2018).

Nicolas Pasternak Slater has a half-Russian background, was brought up bilingual, and studied Russian at school and university as well as during his military service. He spent most of his working life as a hospital doctor and came to translation after retirement. Besides Crime and Punishment (2017), his translations include Pasternak’s Family Correspondence (2010), Lermontov’s A Hero of our Time (2013), Pushkin’s The Journey to Arzrum (2013), Tolstoy’s The Death of Ivan Ilyich and Other Stories (2015), and, most recently, Chekhov’s The Beauties: Essential Stories (2018).

The cover image for this post is a screenshot from Piotr Dumała’s animated adaptation of Dostoevsky’s novel (Zbrodnia i kara, 2000). You can view the full animation here.